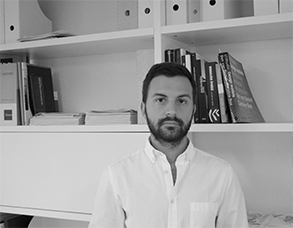 Emir Elmaslar  was born in Istanbul in 1987. He graduated from Karadeniz Technical University in 2009. In 2006, he made his site training in Yapı Merkezi- Atik Paşa Four Seasons Hotel.The following year in 2007, he complited his office traning in Autoban Architectural and Design firm.  Between 2009-2010, he worked in Alkataş Construction Company   and between 2010-2012 he was working with Alataş Architecture Firm nearly for three years.  In 2007,  he desinged and followed construction process of Bilgi University , Santral Istanbul Campus Kale Design Center with Nevzat Sayın.  In 2013, he joined “YAP  Istanbul Modern” project  which was organised by Istanbul Modern and  collaboration with New York The Museum of Modern Art,  Moma PS1 and he was nominated for this project by Nevzat Sayın.  From 2013, he is continuing  his art works and  interior design projects in the design company  called EETA  which he founded.